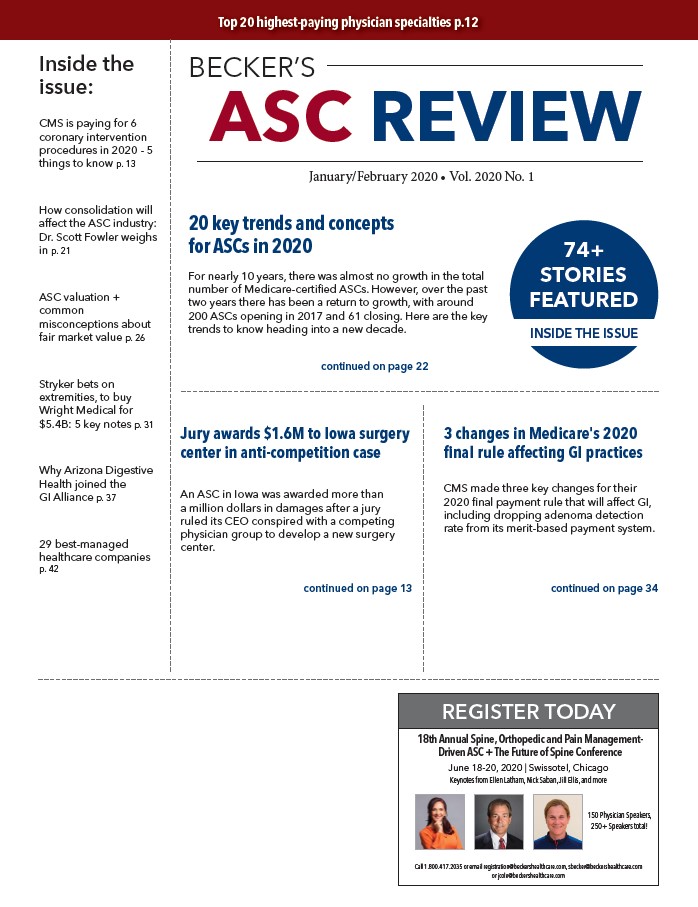 How consolidation will affect the ASC industry: Dr. Scott Fowler weighs in
Scott Fowler, MD, is the president and CEO of Holston Medical Group, which recently opened the Renaissance Surgery Center in Bristol, Tenn. Here, Dr. Fowler shares his thoughts on consolidation in the industry, and how he hopes the Renaissance Surgery Center will grow in the future.

20 key trends and concepts for ASCs heading into 2020
1. From the last 10 years up to the last two years or so there’s been almost no growth in the total number of Medicare-certified surgery centers. This is largely because a lot of independent physicians already owned a surgery center or because physicians became employed by health systems and thus weren't able to invest in a surgery center.

Jury awards $1.6M to Iowa surgery center in anti-competition case
Pierce Street Same Day Surgery was awarded $1.6 million in damages after a jury ruled that its CEO conspired with a competing physician group to develop a new surgery center, the Sioux City Journal reports.
What you should know.