Vincent M. Kickirillo, CFA, CVA, Partner at VMG Health - Thursday, February 6th, 2014
In markets where favorable managed care contracts are difficult to secure, ASCs have turned to an out-of-network primary billing strategy over the past decade. While an out-of-network strategy may be a lucrative alternative to less preferable contract reimbursement rates for some ASCs, the strategy often presents both buyers and sellers of ASCs with several challenges.

To better understand the market for out-of-network surgery centers, we examined valuation multiples on both the minority and control levels for out-of-network ASCs. We then compared these multiples to in-network ASC multiples over the past five years. For our dataset, we examined the price paid for a surgery center relative to its total earnings before interest, taxes, depreciation, and amortization (“EBITDA”):

Over the past five years, VMG Health has valued more than 1,200 ASCs, ranging from single-specialty locations to large, multispecialty surgery centers. In the study, both in-network and out-of-network ASC transactions at both the minority and control levels were examined. The preliminary dataset consisted of both VMG Health's internal transaction database and publicly disclosed ASC EBITDA multiples. The dataset was first narrowed by quality of data and then further scrubbed to remove outlier transactions. The final dataset included 192 ASC transactions across the country. 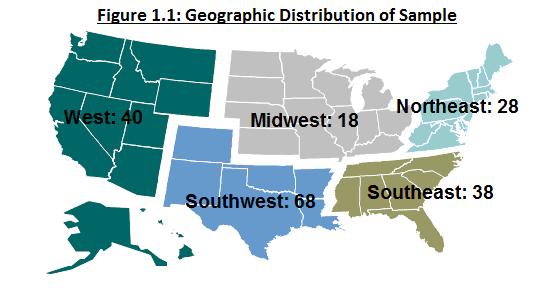 Figure 1.3 details each dataset’s average EBITDA multiples from 2007-2012. To better understand this data, it’s best to look at minority and control multiples separately.

The widening of multiple ranges over time may be explained by investor risk appetites. In most markets, out-of-network ASC investments are risky endeavors. In order to maintain sustained elevated reimbursement, out-of-network ASC managers must be skilled negotiators, employ an effective marketing strategy, or be revenue cycle experts. Since minority shareholders of ASCs typically do not have the ability to make these decisions, physician investments in out-of-network centers are more risky and have become less attractive, thus lowering the underlying EBITDA multiples.

However, as illustrated in Figure 1.4 above, minority interests in out-of-network ASCs became more valuable in 2012. Though it’s impossible to attribute the uptick in out-of-network multiple ranges to one factor, the increase in multiple values may indicate that physicians are once again looking to invest in higher-risk centers with the prospects of higher returns. Minority out-of-network ASCs typically transact anywhere from 1.5 to 3.0 times EBITDA, while in-network minority interests typically transact anywhere from 3.0 to 4.0 times trailing 12 months EBITDA.

Since out-of-network control-level transactions for ASCs occur infrequently, buyers and sellers can estimate a general multiple for a potential deal. Since these types of centers are difficult to sell and usually expected to be brought in-network, sellers can typically expect a value range anywhere from 3.5-5.0 times EBITDA. This multiple range is typically about 25 to 35 percent lower than the control-level EBITDA multiples for centers that are already in-network.

Due to the ASC transaction market's suppressed aversion to risk and the difficulties associated during transaction negotiations, out-of-network ASCs will continue to demand lower transaction multiples. These lower multiples often reflect the higher risks associated with maintaining historical healthy EBITDA margins and favorable reimbursement rates for out-of-network centers. While valuation multiples may be lower for these centers, ASCs in certain markets still offer physicians, health system developers, and ASC managers lucrative investment opportunities. For buyers and sellers of out-of-network surgery centers, it is crucial for both parties understand the risks surrounding a given transaction.