For the past six years, HealthCare Appraisers has surveyed the surgery center industry to determine trends in both the value of ownership interests in surgery centers and management fees charged to surgery centers. This year's survey had 18 respondents representing more than 500 surgery centers across the United States.

Background on respondents
During 2008, the respondents were actively involved in searching for potential acquisitions; 33 percent performed diligence on more than 16 different centers and 61 percent performed diligence on more than six centers. While the companies were active in looking for deals, 2008 was consistent with 2007 in that eight companies only closed 1-5 deals and three companies closed 6-10 deals. However, in 2008, one company claims to have purchased between 11 and 15 surgery centers. In 2009, 67 percent of respondents plan to close 1-5 deals, while two respondents plan to close 6-10 deals and one respondent hopes to close 11-15 deals. 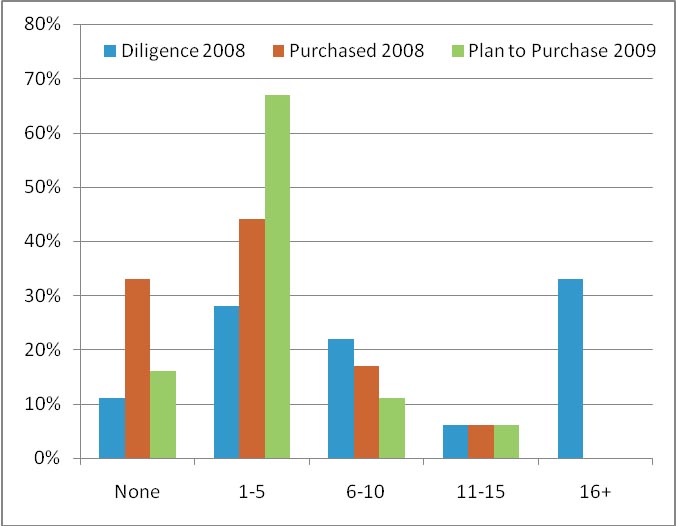 Start-up or purchase
When developing a new surgery center (i.e., de novo), 56 percent of respondents have experienced “buy in” prices $10,000-$15,000 per 1 percent. The respondents were fairly evenly spread on the percent interest that they are looking to purchase in a given center between 11-29 percent, 30-50 percent, and 51-75 percent .

When purchasing an interest, 63 percent of the respondents fund their acquisitions through debt while 37 percent fund through cash. In deciding to make an investment, 56 percent of respondents would consider a purchase regardless of the buy-in price while 25 percent would not consider an investment more than $2 million.
Overall, 88 percent of the respondents would be interested in any deal if the terms were reasonable while the remaining 12 percent have certain markets they are concentrating in developing.

Within the 2008 survey, and given the impending changes in Medicare reimbursement, it appeared that gastroenterology may not have been as preferred as in previous years. However, the results of the 2009 survey indicate that GI is once again among the most preferred specialties. Other preferred specialties include general surgery, orthopedic surgery, ophthalmology, ENT, pain management and podiatry. For urology, the respondents were almost evenly split between desirable and not having any preference; a reduction from 2008 when 62 percent preferred having urology involved in the surgery center. 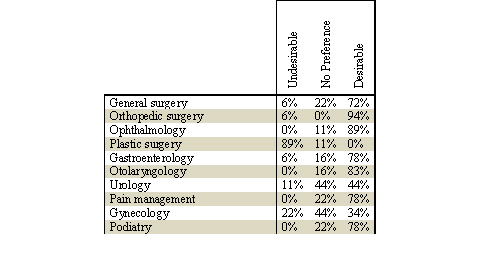 As displayed in the following graph, when buying out retiring or under performing physicians, 35 percent of respondents are paying between a 3.0-3.5 multiple of EBITDA while another 35 percent is paying a multiple of 4.0 times or higher. 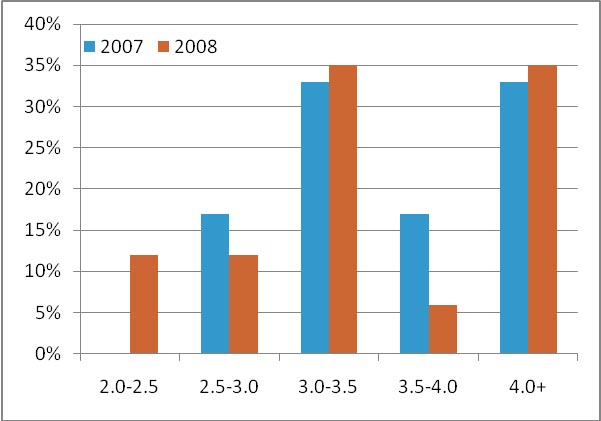 As displayed in the following graph, when selling a minority interest to new physicians, 53 percent of respondents are selling the interest at a 3.0-3.5 multiple of EBITDA. On average, 47 percent of respondents needed 3-6 months to identify a buyer and consummate a sale when selling a minority interest to new physician investors; 24 percent required less than three months and another 24 percent required six months to a year. 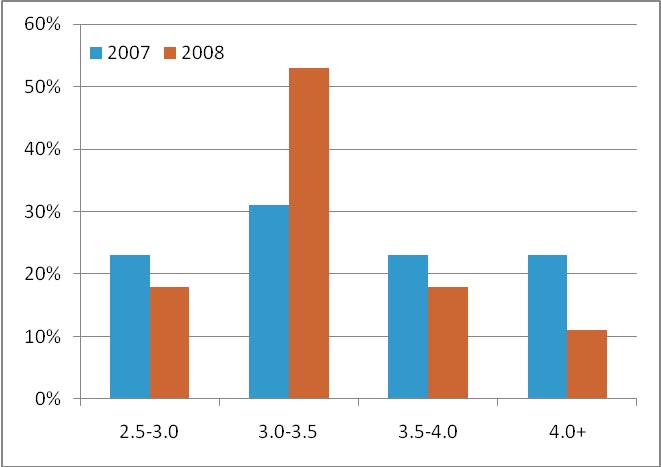 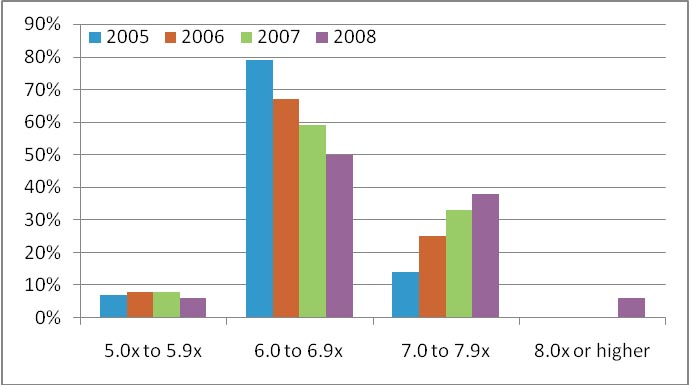 For surgery centers with out-of-network strategies, 75 percent of respondents felt that this strategy creates additional risk, which would be accounted for through a downward adjustment to value, while the remaining 25 percent would have to know the extent of out-of-network contracts before forming an opinion on its effect on value. 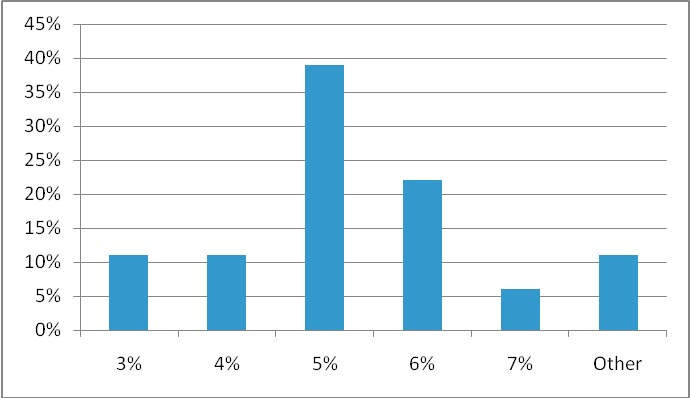 In the context of pricing management fees relative to center revenues, 67 percent of respondents stated that a center’s revenues have no impact on the magnitude of management fee charged while the other 33 percent would vary their fee or using a sliding scale for centers with high net revenues.

With regard to the correlation of management fees and equity investment, 87 percent of respondents would not change the management fee based on the level of equity owned in the center.

Since hospital outpatient departments typically generate higher net revenue per case than their freestanding, independent counterparts, HealthCare Appraisers inquired as to the impact management of a hospital might have on the magnitude of management fees charged. Fifty percent of the respondents might change their management fee when managing a hospital department as opposed to a freestanding surgery center depending upon the level of services required, 43 percent would not change their fee and for 7 percent it would depend upon the net revenue level of the department.

Note: HealthCare Appraisers would like to thank the following companies for their participation in this year's survey:

To obtain a copy of this year's survey, call or e-mail Curtis Bernstein with HealthCare Appraisers at (303) 688-0700 or cbernstein@hcfmv.com.