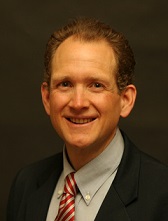 As healthcare reform begins to be implemented, it can be difficult to predict what the future has in store. From the looming concern of hospital competition to the issue of shrinking physician independence, Luke Lambert, CEO of Ambulatory Surgical Centers of America, provides an outlook for the ambulatory surgery center transaction market over the next five years.

1. Hospital dominance will continue to grow.  Hospital market dominance has long been an issue for ASCs and is becoming increasingly pressing in many markets. Healthcare consolidation is driving hospital dominance and ASCs are feeling the pinch.

"As hospitals employ more referral sources they will start steering more cases to their own facilities," says Mr. Lambert. "As hospitals role out their own insurance plans, they will discourage and prevent beneficiaries from making use of ASCs that compete with them. ACOs will be used to steer referrals back to sponsoring hospitals, rather than to ACS that could help achieve the stated ACO's objectives of lowering the cost of quality care."

Surgery centers will have to work harder to promote awareness of the benefits of choosing an ASC over a hospital. Though hospitals are gaining a larger measure of control over referring physicians and groups of patients, patients are becoming less passive and are becoming smarter consumers. ASCs need to be prepared to not only continue delivering low-cost, high quality care, but to also actively demonstrate this value to patients.

2. Competition for reimbursement will be fierce. The struggle for adequate reimbursement is not a new issue for ASCs, but is an issue that will continue to lead the list of challenges that the industry faces.

"Hospitals have been getting solid and increasing reimbursement for outpatient surgery, while ASCs have been getting next to nothing. As a result, many ASCs struggle with rising costs, while hospitals prosper," says Mr. Lambert. "Work at improving payer contracts by targeting those services that can still be pulled out of the hospital environment if they were adequately reimbursed at the center. Payers can sometimes be persuaded to give significant reimbursement improvements for certain cases if they see it as a tool for getting those cases out of the hospital."

3. Physician recruitment will remain a challenge. "Many senior independent physicians are struggling to find the young entrepreneurially minded physicians to take over their practices," says Mr. Lambert. "Few physicians fresh out of training are attracted to practices, outside of the major metropolitan areas, where they would jump into direct competition with their local hospital by virtue of participation in a surgery center."

4. Surgery center acquisitions will remain steady or begin to rise. Hospitals and industry chains are actively purchasing ambulatory surgery centers. There is no indication that there will be a decline in this trend. "My sense is that more hospitals are seeing a role for ASCs in their strategies and the industry chains are impelled by their owners and boards of directors to continue to grow," says Mr. Lambert. "Hospital purchases of ASCs and conversions to HOPDs should be expected to continue strong." As healthcare experiences a far-reaching move towards consolidation, it is likely that surgery center acquisitions will remain steady or rise over the next five years.

5. Surgery center independence is not lost. Though consolidation seems to be the predominant trend in healthcare, there still remains a place for the independent surgery center. It all depends on the individual center's situation. Surgery center leaders need to find the strategies that work for their facilities. "Think outside the box when it comes to considering your center's future," Mr. Lambert says.

Surgery center leaders may choose to remain independent because consolidation is not a favorable option. "Many hospital systems still aren't ready to pay a market rate for a surgery center, which compels many centers to continue independently," says Mr. Lambert.

It is important to consider all the options. "Would your center do better merged with another ASC in town? Would partnering with a hospital make sense? Is there a busy practice in town that is considering building their own center, but would be better off buying a majority interest in yours?," asks Mr. Lambert. Though hospital partnership may be the route for some surgery centers, it is not the only answer to the question of how to thrive in the changing healthcare environment.