The New 2014 Medicare N1 Codes: How Will This Affect Your Ambulatory Surgery Center? 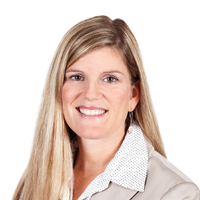 According to Medicare, as of January 1, 2014, "ASCs should not report separate line item Healthcare Common Procedure Coding System codes or charges for items that are packaged into payment for covered surgical procedures and therefore not paid separately….ASCs are encouraged to not submit line items for packaged services."

Approximately 210 new procedure codes have been given N1 status by Medicare for 2014, most of which were paid separately until this year. This new regulation strictly applies to the ASC and not the physician, and only for patients who are covered by Medicare. Currently, many of the commercial carriers have not followed suit and continue to reimburse the additional codes based upon previous guidelines. It still remains too soon to tell whether the commercial sector will continue with the same reimbursement procedures or if they will be required to abide by the new Medicare guidelines in the future.

With differing opinions on how these codes should be reported, discourse within the coding community has been diverse and perplexing. Some believe the codes should be reported with a $0 charge associated with them for tracking purposes while others think that the codes should be omitted entirely since they are to be included with the initial procedure. There are some coding auditors who will actually issue a coding error if the new N1 codes are reported. Without clear and concise guidelines, ASC coders are uncertain what to report in order to remain compliant.

In addition, tracking and demographics could be inconsistent if the new N1 codes are omitted. If a procedure is not reported on an EOB because it won't be reimbursed, is this considered entirely accurate? Many coders contemplate how the physician will be able to track the procedures performed in the ASC if some of those procedure codes are in fact omitted. Many patients have difficulty interpreting an EOB already and this may only further exacerbate that confusion, especially when the ASC EOB only reports the initial procedure and the physician's EOB includes add-on procedures, a la additional levels of pain injections. Demographic errors can also occur, and if an error is not caught prior to coding the procedure, accurate reimbursement stands to be adversely affected.

For the ASC coder this new regulation will create an additional and possibly unnecessary administrative burden demanding research to determine which new codes are considered add-ons and should therefore be omitted for the facility on the one hand, while requiring documenting and reporting for the physician on the other. Furthermore, the coder will have to be aware of the patient's coverage because the ASC may continue to receive payment from the commercial carriers. This will significantly impact the methodology for how coders approach every procedure because they may not possess access to the specific rules and contract details when attempting to apply the proper code(s).

The logistics of payment posting in correlation with reporting the N1 codes has also become a challenge for some ASCs and billing organizations. Some have experienced inaccuracies with automatic posting ("auto posting") when the codes are reported due to how the ASC's billing software system is set up to receive ANSI codes. Systems need to be reviewed to ensure N1 code balances are adjusted appropriately at the time of auto posting to prevent manually adjusting each code.

There are also some instances where reimbursement for specific procedures and specialties can be negatively affected with the N1 status updates. For example, the implantation of mesh for hernia procedures (CPT 49568) will no longer be reimbursed. This is a loss of approximately $681.50 per procedure for the ASC. The subacromial decompression of the shoulder (CPT 29826) is another procedure that will no longer receive payment from Medicare and that equates to a $592.00 total deficit per procedure. In an attempt to offset the financial loss from non-payment of the add-on procedures, Medicare has increased reimbursement for some initial procedures, such as CPT 64493 for the initial level pain injection. Unfortunately, this has not occurred consistently across the board thereby resulting in a number of ASCs standing to incur loss of revenue.

The recommendation by Medicare to omit line items for packaged services has created some confusion for ASC coders and thus is producing considerable conjecture and varying viewpoints on those new guidelines. Many coders opine there are inconsistencies in what should and should not be reported and without a governmental standardized policy throughout the industry, which application should be heeded? Coders heretofore have been traditionally instructed to report that which is documented, but going forward with this new regulation could impel that philosophy to change.