5 Coding & Billing Changes to Anticipate in 2014 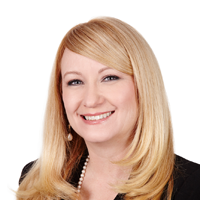 Lisa Rock is the president of National Medical Billing Services, which specializes in freestanding outpatient surgery center coding and billing. Ms. Rock has more than 25 years of experience in the ASC industry. Revenue cycle management is of utmost importance to ASCs, and its leaders should make billing and coding the second most important issue after patient care in daily discourse.

The following are Ms. Rock's five major focus areas that her billers, coders and ASC personnel will be prepared to address in anticipation of the aforesaid changes.

1. ICD-10 deadline. The long-anticipated International Classification of Diseases code set update will finally take effect Oct. 1, 2014, after being delayed one year by CMS. While many ASCs have training and planning for the switch from ICD-9 to ICD-10 well underway, continued preparations will ramp up in the months leading up to the deadline for next year.

"If there are certain diagnosis codes that require medical necessity, and if you aren't using a payable diagnosis code, then your claim won't pay," Ms. Rock says. "Now, multiply that five times [for the expanding number of codes]. We have to be very aware of the codes and the local carrier determinations."

Healthcare providers should be prepared for potential billing and coding software glitches and possible cash flow disruptions occurring during this unprecedented healthcare overhaul transition, Ms. Rock says. ASC coders may encounter obstacles to the billing and coding process with the new set to include payers proving to be problematic as it's been currently reported that nearly half of payers won't be fully prepared for the ICD-10 rollout come Oct. 1.

Some major payers are publishing their position on ICD-10 stating non-billable and invalid codes will not be accepted as of Oct.1. One payer's definition of an invalid code is a code that is not coded to the highest level of specificity, even though it may have once been a billable code.

Ms. Rock encourages physicians to understand how payers define medical necessity and to be knowledgeable of the high level of increased specificity the new code set will demand. Also, ASC personnel need to be aware that some states are converting their workers' compensation products from ICD-9 to ICD-10. Centers should access relevant state's compensation websites to verify their ICD-9 to 10 conversion intentions.

"Some states are completely switching from accepting ICD-9 to ICD-10, and some of the managed care companies that include workers' compensation products will also use ICD-10," she says. "In and of themselves, workers' comp claims are exempt, but under a managed care company bound by standard transactional code sets, they may be using ICD-10."

2. Healthcare exchanges. A major concern with the new state and federal healthcare exchanges is the uncertainty surrounding how the influx of insured people will change the market, Ms. Rock says. Registration for exchanges began Oct. 1, and the coverage will go into effect Jan. 1, but nobody knows how many people will sign up for the exchanges or what the payer mix for the plans will look like. For states which have set up their own exchange programs, Medicaid enrollment is growing. However, it's too early for reliable numbers due to the government shutdown and the HealthCare.gov website glitches.

While ASC personnel cannot know what reimbursement changes will result from the exchange plans yet, they should be trained and equipped to respond and adapt to any fluctuations come the start of the new year.

3. Quality reporting. Penalties for noncompliance with CMS' quality reporting program will commence next year. The use of G-codes on Medicare claims for five types of adverse events started Oct. 1, 2012, and has grown over the last year to include safe surgery checklist use and volumes of certain procedures. Any ASCs that did not successfully report G-codes on at least 50 percent of Medicare claims between Oct. 1, 2012, and Dec. 31, 2012, will experience a 2 percent reduction in payments beginning in 2014.

The reimbursement reduction will be continual. Billing staff members must keep complying with the quality reporting measures to avoid penalties in 2015 and 2016.

The new form has been designed to accommodate ICD-10 come October 2014. While the form doesn't allow for dual coding, it does expand upon the number of diagnoses available. Check with each payer for their anticipated effective dates.

5. CPT code changes. The American Medical Association's current procedural terminology code set will see a massive overhaul at the start of next year. Recently, 353 changes were announced with many pertaining to upper-GI and lab-focused procedures. This is easily considered to be the largest CPT code modification in a long time, Ms. Rock says. The changes are predominately linked to new technology now in use for GI and lab procedures. As it stands now, lower-GI is scheduled to receive new CPT codes in 2015.

"Gone are the days of a coder utilizing only a CPT book," she says. "Today, ASCs should really consider investing in a coding system. It's difficult to manually stay abreast of all of the coding changes, as well as stay on top of the National Coverage Determination updates, Local Coverage Determination updates, payer medical policies, ICD-10 and Health Insurance Portability and Accountability Act revisions. A good coding software package will manage these updates for you."