The most revolutionary trends in gastrointestinal disease imaging, diagnostics and treatment cover the Institute for Healthcare Improvement's triple aim: improving patient experience of care, improving the health of patient populations and reducing the cost of healthcare. 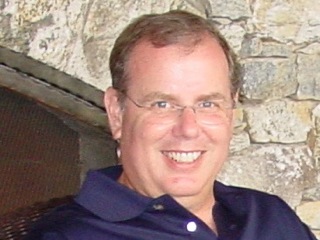 "There are lots of things going through the physician's mind when we are treating patients," says Blair Lewis, MD, a gastroenterologist with Carnegie Hill Endoscopy Center in New York City. "We are helping to save the patients' lives, but at the same time we are concerned about patient volume and reimbursement. These new technologies help improve diagnostic possibilities and patient care, so everyone is a winner."

1. Expanded endoscopy views. While significant gains in colonoscopy have made it the standard of care for screening, surveillance and diagnostics for lower gastrointestinal disease, a new development from EndoChoice in endoscopy has the potential to revolutionize the procedure. The Fuse Full Spectrum Endoscopy System provides a 330 degrees field of view, compared to the traditional 170 degrees field of view.

"In the past, performing endoscopy was like driving a car down the highway with just the front windshield of the car," says Dr. Lewis. "With the Fuse system, it's like adding rear view mirrors so you have the ability to see what is behind you and improve polyp identification."

"When we miss lesions, the patient is in jeopardy of developing colon cancer because we weren't able to detect that," says Dr. Lewis. "Additionally, patients are sent out with longer intervals between exams thinking their exam was normal when it wasn't. The Fuse system also makes it easier to see around corners and the initial study shows it doesn't increase exam time. It helps us do a better job with colonoscopy."

"At the same time, the recording device not only communicates to the capsule, but also to the patient and tells them the different parts of preparation that are needed to clean and propel the capsule to the colon," says Dr. Lewis. "The recorder tells the patient what to do and gives correct timing for each action."

Capsule endoscopy is revolutionary because now it also detects the size of polyps in addition to the location. "Based on shadowing, the computer can detect the size of the polyp, which is very important," says Dr. Lewis. "This technology has been available in Europe for a little under a year and it's before the FDA right now waiting for clearance."

"Reflux is caused by too many relaxations of the lower esophageal sphincter," says Mark Noar, MD, head gastroenterologist at The Heartburn and Reflux Center in Towson, Md. "Everyone refluxes, but the variation comes with how much and the sensitivity to what is being refluxed. If we can control that, we can have an impact on those people who are suffering from reflux. We can improve the quality of life, limit the cost of medications and potentially the risk of cancer."

The Stretta procedure delivers radiofrequency energy to the muscle of the lower esophageal sphincter and gastric cardia without implanting a foreign object. There are more than 32 peer-reviewed, published studies on the procedure demonstrating a statistically significant symptom control, medication use, satisfaction, and reduction in acid exposure, even up to 10 years after initial treatment.

"The procedure causes an increase in muscle fiber bundles as well as the amount of muscle in each bundle," says Dr. Noar. "The sphincter gets thicker and stronger, so it tends to open less often. It's that reduction in the number of these transient lower esophageal relaxations that is really important. The procedure can be performed in an ASC or endoscopy center under standard sedation, so it helps control healthcare costs as well."